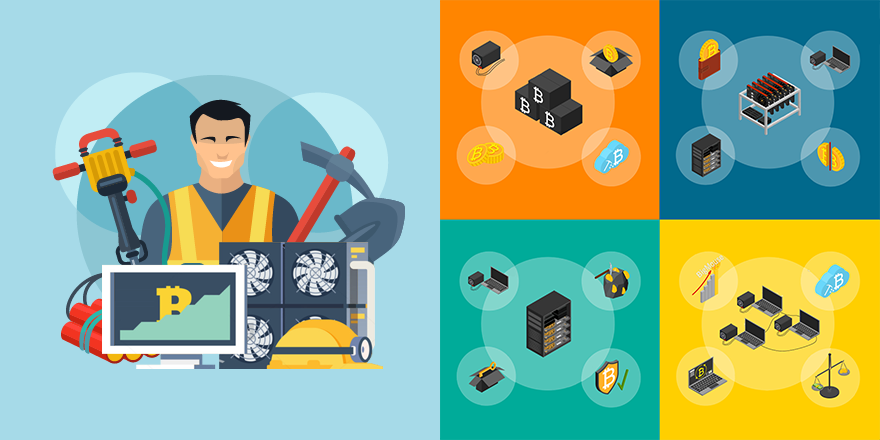 Some see the mining of bitcoin as a hobby. Others see in this lesson a profitable business or a way to get profit. To evaluate the profitability of miner hardware, you need to compare the cost of electricity, device and some fees. Sometimes it turns out that to buy coins is more profitable. We will cover all this in more detail in this review.

What is an ASIC Bitcoin Miner?

ASIC stands for the application-specific integrated circuit. These schemes do not perform general functions but act only in a strict framework to solve a specific problem. Therefore, to mine the Bitcoin through ASICs is chip then using another Bitcoin mining hardware.

Then they started to use graphic processors and FPGA (field-programmable gate array), but soon they also ceased to be quite useful. ASIC miner is the best bitcoin miner of the latest generation. It provides a higher cryptocurrency mining speed, the machine heats less and consumes less electricity.

You can try mining through the computer, but only as a hobby or to understand how this process occurs. The hash power (computing power) and the hash rate of conventional computers are significantly lower (about 40-50 times) than mining rig.

Best miners should be profitable. New machines should cover the prices you pay for them. Moreover, the Bitcoins received must have more high values ​​than the electricity spent on their production.

To calculate the worth of all factors, you need to make a comparison. The difficulty is that the value of BTC is continuously changing. Before you buy mining rigs, make a simple calculator:

How to Find the Best Bitcoin Miner

Even a used hash miner may be beneficial to you. Check out ASIC Bitcoin miners such as Dragonmint miner or The Antminer S9.

In addition to high speed, manufacturers must provide a low hash price. It means that the performance of the facility will be high.

Here are reliable brands to watch out for.

This brand is created in China and produces reliable Bitcoin ASIC chips. The most popular among devices is Bitmain Antminer. The equipment of this brand is capable of mining coins of Bitcoin, Litecoin, Ethereum and Dash. Besides, the company owns one of the greatest Bitcoin pool.

It is a famous Chinese apparatus brand that started with FPGA. As technology stepped forward, the company released its own ASIC chip. The market share held by the brand is about 20%.

Halong Mining collaborates with Samsung brand from South Korea. The company entered the market only in 2018 but has already become a leader in this industry. Halong Mining produces the most powerful Bitcoin miner ASIC to date, called DragonMint T1.

The international company has branches in the USA and China. The brand specializes in diverse digital technology. The brand is currently releasing one of the best ASIC Bitcoin mining hardware called Terminator T3.

GMO Internet is a Japanese brand. The company is engaged not only in the production of cryptocurrency equipment but also in advertising and financial services via the Internet. The brand even has its projects among crypto exchanges working on the blockchain (such as Coinbase).

The abbreviated name sounds like Ebang. The main field of activity of the company is the creation and sale of optical fiber for telecommunications. The latest ASICs mining equipment is one of the best using ASICs and competes with Bitmain.

Bitfury is one of the first companies to start producing Bitcoin miners. Bitfury themselves mine coins on their equipment. Large data centers are located in Canada, Norway, Iceland, Georgia. The range includes ASIC mining chips, servers, and portable data centers.

USB miner is not high-performance equipment. This type of device only helps you understand the principle of coin mining. Besides, USB mining equipment is cheaper.

There is the standard option among USB Bitcoin miners. The expected profit is only $ 0.01 per month. At the same time, the hash power is 330mh/s-336mh/s.

The device works simply through the connected USB port, absolutely silently. At the same time, your profit will be approximately 0.15 USD per month.

Do not confuse this device with the crypto wallet Ledger Nano. Both devices look about the same, but they have entirely different functions. A wallet keeps your coins. While Avalon Nano 3 allows you to get Bitcoins for 1 USD per year.

Your production will be a little more than 1 USD per year. Even with the low price of equipment, it does not look too cost-effective. But this device has an additional plus. It also operates as a wireless router, providing you with wireless Internet.

There is not the most efficient USB bitcoin miner. It connects via a standard USB port. But under the current circumstances, you are unlikely to be able to count on profit in virtue of the poor hash rate.

In 2019, the most efficient Bitcoin miner is Dragonmint T16. The manufacturer supplied a 16 t / s machine. No other equipment can boast such an indicator.

And another Dragonmint T16 bonus is the ASICBOOST algorithm, which increases the effectiveness by 20%.

Now comparing electricity consumption, din seems like a slight advantage. But if you intend to mine coins in pro volumes, you will feel the savings. Returns to the price of electricity. Even if it is high, both ASICs Bitcoin installations will bring you profit.

The first release of Antminer S7 came in 2015. Those days, it was the most effective equipment. The BM1385 ASIC chip and two cooling fans are integrated into the metal case. The manufacturer recommends the additional use of a 1600 W power supply.

Currently, even if the user does not takes into account the worth of the device, but only the cost of electricity, he receives losses. Perhaps if the value of Bitcoin increases significantly, this equipment could be a bargain.

The equipment, emitted in 2014, loses much in power to modern devices. Antminer S5 consumes only 590 W and does not require an additional energy production. The device is possible to connect to a PC. Using only this mechanism, you will not get coins. The user needs special software and membership in a large Bitcoin pool.

Even in the case of a sharp jump in the cost of Bitcoin, you are unlikely to get positive results. Installation is only suitable for training.

The brand was first introduced in 2014. In those conditions, this device was cost-effective. But already in 2016, it was discontinued. The device has compact dimensions and a metal case. If someone likes rarity, he may find this miner on eBay for more than $ 100.

In general, the installation provides extremely low profitability in 2019. For a year you will not get even 1 USD.

Halong Mining announced during the announcement of DragonMint 16T in 2018 that about $ 30 million was spent on research and testing. These efforts did not become in vain, because today, this miner is the most powerful and profitable among competitors.

The hash rate was 16 thousand UD / s. The introduction of ASICBOOST technology (a fragment of the Bitcoin software code) has increased the efficiency by an additional 20%.

The average projected income from the use of one installation is about 1.5 thousand USD.

Given a great number of mining facilities, we understand how difficult it is to opt for any one installation. The buyer needs to focus primarily on high efficiency (and, of course, the price he can afford to pay for equipment). But consider the cost of paying for electricity. In most cases, you will lose half of your income or so to cover your bills.

In this review, we will look at the three most popular and cost-effective options.

The product release came at the beginning of 2019. It is the flagship model of Bitmain. The capacity is 62 thousand tons / s. At the same time, energy costs are very high and equal to 2790 watts. Two hardware settings are available to you:

You can earn more than 0.06 BTC per month. But, as expected, about half of the profits will be “eaten” by paying for electricity.

50TH / s. However, the required power for starting is lower (2500 W). This combination is very effective in today’s market. Having a profit of more than 0.05 BTC per month, you will spend 47% on paying bills.

Of all three samples, this is the least powerful, but this does not mean that it is the least lucrative. The hash rate is at the right level and amounts to 43TH / s. The maximum power consumption does not exceed 2100 watts. You can earn more than 0.04 BTC per month. Subtract half for the payment of electricity.

What are Coin Mining Pools?

In the article, we mentioned Bitcoin pools several times. It is time to clarify what it is in more detail.

Beginners who are just trying to get coins would not be able to achieve at least some results due to intense competition. Therefore, they have only one way out – this is to combine their efforts. Such an association in the Bitcoin society is called pool.

Even the most modern potent facilities will not provide anyone with the same power as professional data centers, which include many special (expensive) pieces of equipment.

If the pool won the race for coins, all revenue is distributed among the participants in proportion to their contribution. The standard membership fee is 2%. Now several large pools control the situation. Due to a large number of participants, the revenue of each of them will not be as significant as we would like.

For practical mining of Bitcoins, each member needs not only a specialized installation but also additional equipment:

People may get significant profit from mining Bitcoins if they have a modern ASIC installation and cheap electricity. The situation changes daily due to the floating rate of all cryptocurrencies.

Today on the market there are only a few advantageous offers among miners. If the price of Bitcoin rises, most likely, more and more new manufacturers will begin to develop and offer their versions of mining installations. And an increase in supply will entail a reduction in prices. Then more players will be able to join the Bitcoin network.